Live The Dream When You Do What Successful Entrepreneurs Do 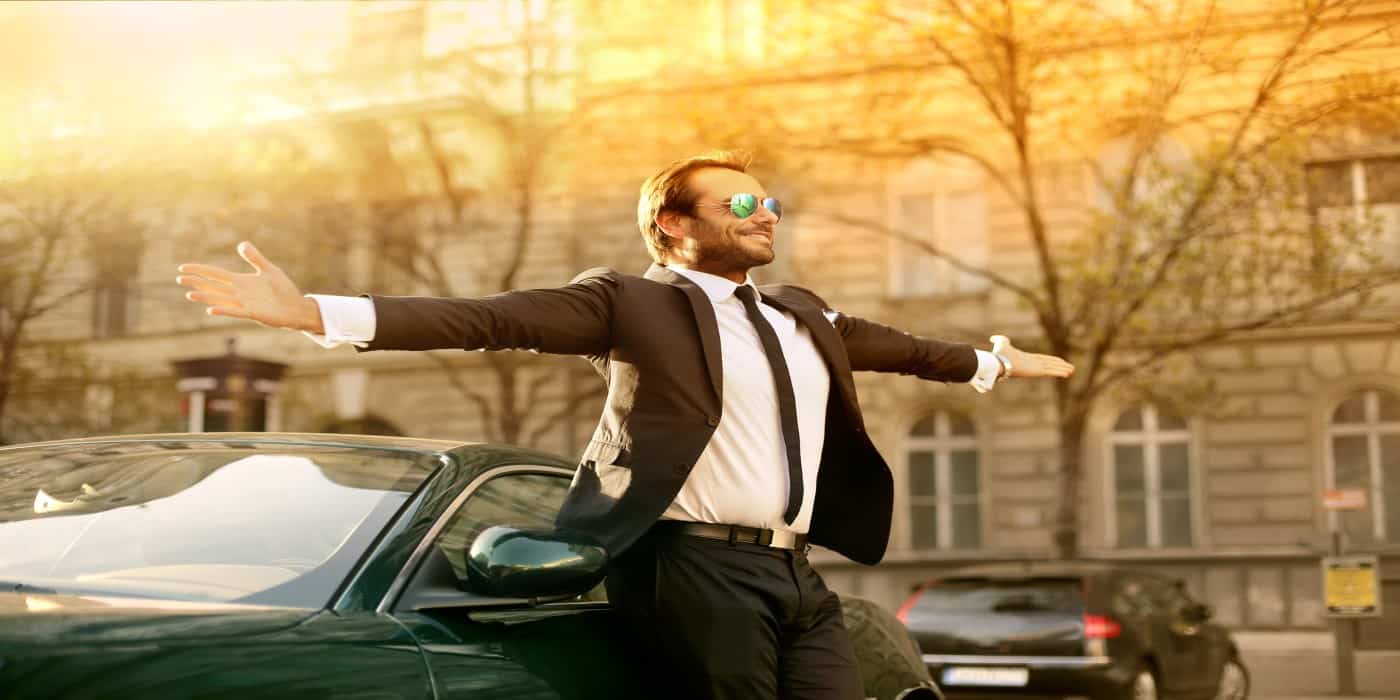 Have you ever wondered what makes successful entrepreneurs successful?

Success leaves clues if you know where to look.

I started my EdTech the day I graduated with no money, experience, or team.

Success was a dream and failure was my new best friend. Each failure increased my desire to learn the success secrets of successful entrepreneurs.

I read biographies and watched documentaries of successful entrepreneurs.

Along the way, I broke bread with billionaires and millionaires to listen, watch, and learn.

And learn I did.

My EdTech became a living laboratory where I applied new ideas and concepts. Whatever strategies worked, I kept, and whatever failed I tossed.

The secret to unlocking your success is knowing which traits to follow or ignore.

Does knowing what to do, or not do, make a difference?

My 9-figure exit answers that question with a resounding ‘yes,’

Each success trait helps, but when combined makes you unstoppable.

What are these seven success traits?

There’s only one way to find out.

Fall in love with the problem, not the solution – Uri Levine

Looking to unlock your gateway to success?

Do what successful entrepreneurs do and solve problems you’re passionate to solve.

When it comes to solving painful problems, successful entrepreneurs do one more thing.

This one thing is easy to miss and makes all the difference.

What’s this one thing?

Why do you need a painful problem?

Most people will do anything to either avoid or remove pain.

When you have a solution to a painful problem, people will pay you to remove the pain.

When I launched my EdTech, Embanet, right out of school, I had no money, experience, or team.

How did I create a 9-figure exit?

Embanet changed the game by helping online programs to fill the seats and keep the seats filled.

The universities reached a new market and were graduating talented professionals.

Know this and know this well.

And so should you.

Successful Entrepreneurs Play To Their Strengths

Don’t push your weaknesses, play with your strengths – Jennifer Lopez

Want to be successful and happy?

Play to your strengths.

Successful entrepreneurs play to their strengths.

Social programming and the so-called experts tell a different story. You’re told to focus on your weaknesses and improve them.

As usual, both social programming and the so-called experts are wrong.

Do you know the one thing that billionaires and paupers have in common?

Regardless of stature or money in the bank, everyone has 1,440 minutes per day.

The only question is what are you going to do with your 1,440 minutes per day?

Winners play to their strengths. Always.

How do you find your strengths, you ask?

Here’s a three-step process to find your strengths:

Successful entrepreneurs perform activities that play to their strengths.

What do successful entrepreneurs do about activities they’re not great at?

Successful entrepreneurs let other people perform the activities they’re not great at.

Why is focusing on your strengths important?

You have a limited amount of time and effort. Make your effort count by focusing on what you’re great at.

Successful entrepreneurs do this.

Successful Entrepreneurs Show Up Every Day (No Matter What)

Eighty percent of success is showing up – Woody Allen

Ever wonder why successful entrepreneurs are successful, and while we’re at it, rich?

Successful entrepreneurs show up every day. No matter what.

So do rich and successful people.

Consistency is the key that unlocks your sweet success.

Most people start something new with a flurry of activity, energy, and zest. Most time, success comes easy at the beginning.

Your new best friend is failure.

This is the point where most people quit.

But not successful entrepreneurs.

Instead, successful entrepreneurs dig in with grit and determination. This is also why it’s critical that you’re passionate about what you’re doing.

Passion carries you through the challenging times so that you can show up. All day. Every day.

Showing up every day sends a message everyone around you and yourself.

You’re letting the world know that you’re serious about what you’re doing and open for business.

Over the years I’ve developed and followed the ’24 Hour Rule.’

Celebrate your win or wallow in your loss knowing that tomorrow is a new day.

Successful entrepreneurs know this, and so should you.

Successful Entrepreneurs Believe In Themselves

Success starts and ends with Y.O.U.

Successful entrepreneurs believe in themselves.

Think of it this way.

If you don’t believe in yourself, why should anyone else?

Whatever you end up doing, I can promise you one thing.

As usual, the so-called experts are wrong. All wrong.

Belief in yourself is the fuel that feeds your success.

Let the world know about your intentions and plans through your actions, not your words.

And perform your actions believing in yourself and knowing that you can do it.

Every billionaire and millionaire I’ve met believed in themselves.

This, my rockstar entrepreneur, is not a coincidence.

Follow the lead of successful entrepreneurs and believe in yourself.

Successful Entrepreneurs Ask Why Not

Successful entrepreneurs ask ‘why not’ and so should you.

These two words, ‘why not,’ have changed lives for the better and built empires.

What’s your ‘why not’ that’s waiting to happen?

Figure this out, and you’ll write your ticket.

Every successful entrepreneur has defied the odds and turned dreams into reality.

By asking ‘why not.’

This is why your passion, playing to your strengths, and believing in yourself is key. These three things turbo-charge your ability to ask ‘why not’ and figure it out.

And showing up every day is the icing on the cake that ensures you get the job done.

The so-called experts are wrong.

Every successful entrepreneur has asked and answered the question ‘why not.’

Be the difference and make the change by asking why not.

Along the way, you’ll change lives for the better and unlock the floodgates of your success.

The smart money is on asking ‘why not.’

Successful entrepreneurs became successful because they didn’t have a backup plan.

I launched my EdTech with no money, experience, or team.

It had been months of failure and an empty bank account when I received an invitation to do a consulting gig.

The money was tempting as was the promise that the gig wouldn’t take a lot of time.

I said ‘no’ with confidence and certainty.

I realized that every second I spent on the gig would take away my time and focus from my struggling EdTech.

Conventional wisdom and the so-called experts tell you to have a ‘plan b’ in case things don’t work out.

As usual, conventional wisdom and the so-called experts are wrong.

I’ve stopped counting the number of people who tell me their passion is a side hustle until it becomes big. The story goes that they need to keep the j.o.b. they hate because it pays the bills.

Can you guess the number of these people that broke through to success?

Successful entrepreneurs know that they can’t have a backup plan if they want to succeed.  It’s all or nothing.

When you have everything on the line, you’ll amaze yourself at what’s possible.

A backup plan gives you an excuse for why you can’t move forward.

When you don’t have a backup plan, you’ll go around, over, around, or through to make things happen.

Follow the lead of successful entrepreneurs and burn your backup plan.

Successful Entrepreneurs Are Both Doers And Dreamers

It may be that those who do most, dream most – Stephen Butler Leacock

Successful entrepreneurs both do and dream.

It’s all too easy to fall into the trap of confusing activity with progress.

And let’s not fall into the trap of dreaming the dream that will happen ‘one day.’

There is no ‘one day’ in the calendar.

You’ll surprise yourself in the best of ways.

This seventh trait of successful entrepreneurs circles back to the first one.

It’s important to be passionate to solve painful problems.

But this is not enough.

It takes action to solve the painful problem.

All the passion in the world without action does nothing.

Remember that doers do and losers dream.

Successful entrepreneurs both dream the big dream and follow-up with action.

At the start, I revealed that successful entrepreneurs follow seven traits.

So what’s with this eight trait?

To prove a point.

I’ll take it a step further.

Going the extra mile is a way of life.

What sets apart the extraordinary from the ordinary?

Going the extra mile and expect nothing in return.

It was the last day of a long trade show that had me feeling exhausted from standing on my feet all day in the exhibit hall.

An hour before the trade show ended, most of the exhibitors packed up. And if they hadn’t yet packed up, they already mentally checked out.

Minutes before the trade show ended a man, John, showed up at my booth. John shared that this was his first chance to visit the exhibit hall as he was in session up until now.

John asked me if I could answer a few questions. An hour later, I was still answering John’s questions, most of which were outside the scope of my EdTEch.

Despite feeling exhausted and with a tired voice, I gave it my all and went the extra mile for John.

Long story short, I received a call from John a few months later. John invited me to his University to meet with his team. This meeting led to a contract. And this contract was a game changer for my EdTech.

And all because I went the extra mile by staying in the exhibit hall.

Successful entrepreneurs go the extra mile while expecting nothing in return.

And so should you.

Every wonder why successful entrepreneurs are successful?

Success leaves clues if you know where to look.

When I started my EdTech right out of school, I had no money, experience, or team. Failure was my best friend, and I was going nowhere.

My fate and fortune changed when I learned the traits of successful entrepreneurs.

My 9-figure exit was born out of these success traits.

The secret to success in both business and life is knowing both what to do and not do.

But where do you begin?

Let my heavy lifting lead the way for you.

Before you know it, you’ll have mastered the success traits of successful entrepreneurs.

You can do it, I know you can.

And the great news is that you already have everything within you, right now.

What are you waiting for?

Here’s to you and your success.

* Free Exit eBook
* Proven exit strategies
*  How I achieve my 9-figur exit
* Your Midweek Wisdom Email
* Little known success principles
I hate spam as much as you.  Your email is never shared.
« 5 Exit Strategies You Need To Retire Immediately
Everything You Need To Know On How To Hire The Best Employees »

Enter Your Email Below to Unlock Your Exclusive Content
I hate spam and promise to keep your email address safe.
Close
YES! Help me increase my EBITDA and Enterprise Value